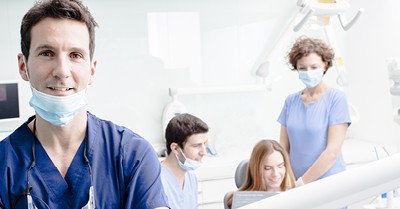 At my Holland dental office, we’re all about creating beautiful smiles and keeping them healthy. An important part to overall oral health is a proper oral hygiene routine, and with that comes regular flossing. However, more than half of Americans don’t floss regularly, and a whopping 20% don’t floss at all. Why are so many people so against flossing? We dug up some research and found some of the main reasons people ditch the floss.

Sometimes individuals with dexterity problems, especially those who have suffered a stroke, injury, or have arthritis, can have difficulty maneuvering the floss. But there are alternatives available. Floss picks, which are those little “Y” shaped plastic devices with a piece of floss strung between the tips, can work wonders. They make it much easier for our differently abled patients.

While flossing may seem like a time-consuming task, if done properly, it should actually only take between three and five minutes. At first, it may take a bit longer as you get used to a technique that works for you, but the more you do it, the easier it gets. Spending at least three minutes flossing can mean fewer dental problems, better check ups, and an overall healthier mouth.

Flossing is crucial to proper oral health. Brushing is not even half the battle. If you don’t floss, all the spaces between the teeth that your toothbrush can’t reach aren’t cleaned, and bacteria is left to cause some serious damage. In fact, the most common place for cavities to form is between teeth. A lack of flossing could also lead to more serious problems.

Healthy gums don’t bleed or hurt when flossed. If your gums do, you should start flossing more, not less. Bleeding while flossing can also be a sign of gum disease. Gum disease not only affects your teeth, mouth, and gums, but also your overall health and has been linked to an increased risk of heart attack and stroke.

Flossing is incredibly important to a happy mouth and healthy body. If you’re having difficulty, want to learn more about the benefits of flossing, or especially if you are experiencing pain, give my dental office in Holland a call. We’ll be more than happy to work with you to find a great, personal flossing solution.
Accepting patients from Holland, Saugatuck, and Zeeland.

Ask us about our revitalizing full mouth restoration!

Ask us how dental implants can bring your smile back!

Ask us how you can find relief.